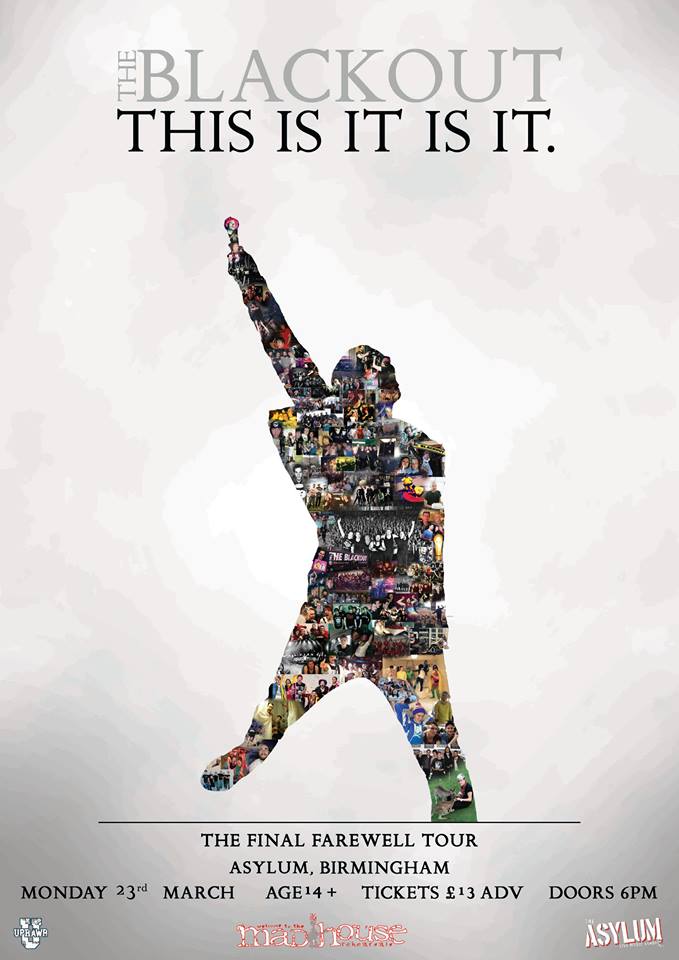 The Blackout have announced that they will be calling time on the band after one final tour in March. Their exit statement reads as follows:

There’s no point in dancing around the subject, so we’ll cut right to the chase. We regret to announce that Wolves will be the final release by The Blackout. Unfortunately we have come to the conclusion we are unable to sustain this band anymore, and we feel the time is right to bring it to a close. This is the hardest decision we have ever had to make as a band, and although we do it with heavy hearts, we also do with our heads held high. We are all extremely proud of Wolves, and are eternally grateful to each and every one of you who helped it get made. We said that it would not exist without your support, and we honestly mean that.  We achieved more than we ever dreamed of when we started this band, and we take with  us memories, relationships and friends that will last the rest of our lives. We have always said that we’d be nothing without the people who came to the shows, who stood out in the rain, who camped out overnight and we want to thank you, all of you, for making the last ten years so special for us. Whether you came to one show or one hundred, your passion and support has been humbling and life changing.  We play our farewell shows in March 2015, these will be the last shows we will play as a band. Unfortunately, these shows will only be in the UK. There are no plans for anything more for The Blackout, so we hope you would like to come and party with us for the final time.

Once again, thank you for helping us live out our dreams.

The Blackout's final run of shows looks as follows:

Tickets for our event on the 23rd can be found HERE