Those Damn Crows on tour with The Bad Flowers

British modern hard rock band THOSE DAMN CROWS have been added to the lineup for the upcoming Planet Rock Presents tour in September with THE BAD FLOWERS and FEDERAL CHARM. 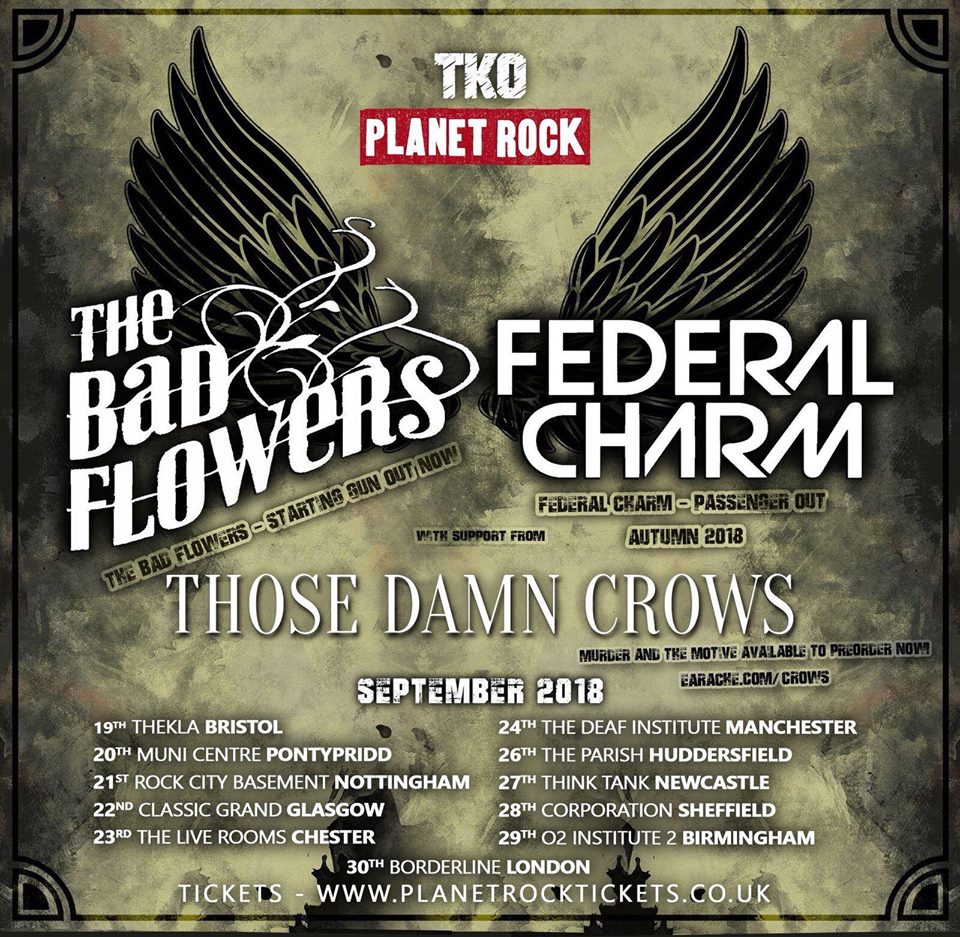 Hailing from Bridgend, South Wales, THOSE DAMN CROWS have already built up a solid following from performances at the likes of Camden Rocks, Steelhouse Festival, Hard Rock Hell and Ramblin' Man Fair.  The hard-hitting five-piece have now inked a worldwide deal with Earache Records, with their debut album 'Murder and the Motive' releasing on October 5th.

"We were fortunate to have a few options on the table when it came to deciding which label to go with," comments frontman Shane Greenhall.  "But when it came down to it there was only one label that truly got what Those Damn Crows are all about and that was Earache Records!  We're excited to give our album 'Murder and the Motive' a new lease of life with a new facelift with NEW unheard songs to give the album the push we think it deserves... Put that together with the power and punch of Earache... It's a knockout combination!"

'Murder and the Motive' is available to pre-order now on limited edition signed CD and vinyl, regular CD and vinyl, and a selection of merch bundles here.  As a special treat for fans, each pre-order also includes 10 free CrowCoins - the new cryptocurrency created specifically for the most dedicated THOSE DAMN CROWS fans which will give them the chance to get their holds on exclusive merch items.

The album is also available to pre-order now on iTunes, including an instant download of the first single "Don't Give a Damn", here.  Listen to the blistering track here.

Frontman Shane Greenhall comments: "The first song to be released from the album is 'Don't Give a Damn' - it does exactly what it says on the tin... The song's about not giving a shit, and not caring about what other people may think about you or the decisions YOU make in life.  It's YOUR life... Go live it the way you want to!"

THOSE DAMN CROWS are:

Follow THOSE DAMN CROWS online for the latest news and info: