State Champs added to the Pop Punks Not Dead tour 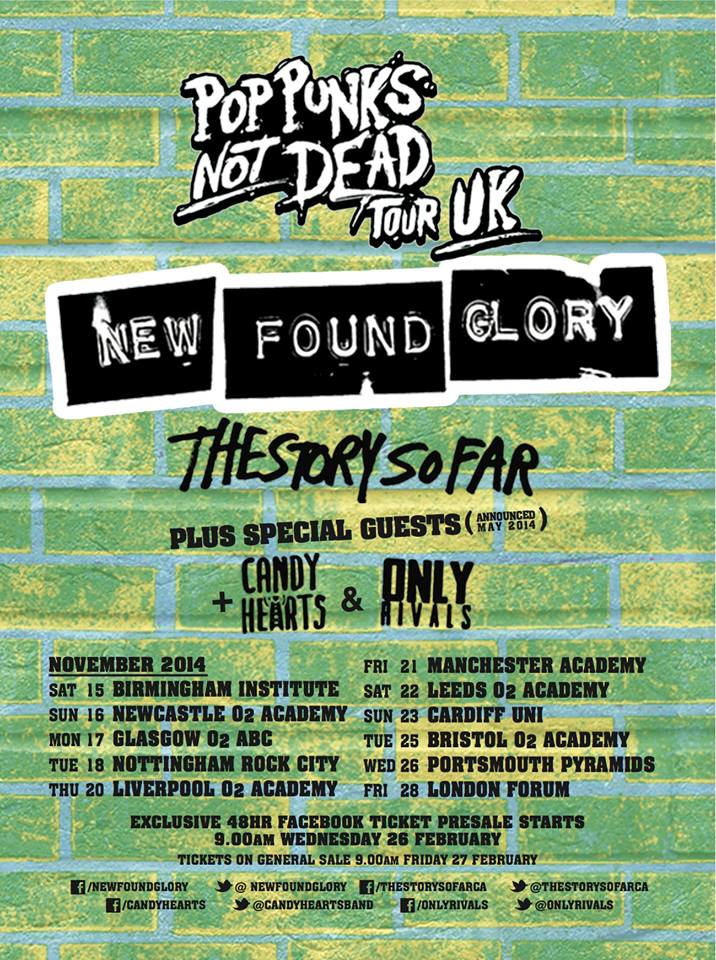 So the "Special Guests" have been confirmed as State Champs which makes this one epic fucking pop punk tour. That means support comes from The Story So Far, Only Rivals, Candy Hearts and ofcourse State Champs. News also came over the weekend that New Found Glory will be dropping a new album via Hopeless probably before the tour starts!

The dates for the tour if you cant see the image for any reason are: