Scientist kicked out of classical concert for crowdsurfing 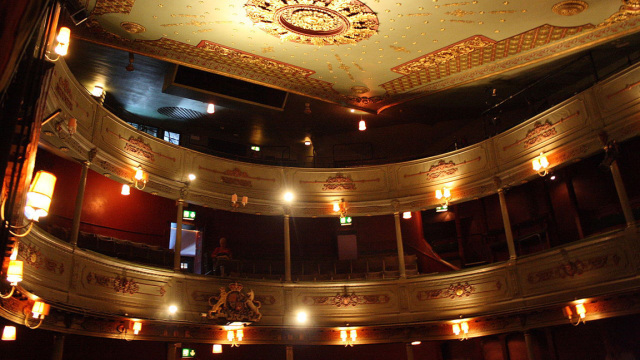 "A leading scientist has slammed the classical music genre – after he was thrown out of Bristol's Old Vic proms for trying to crowdsurf during Handel's Messiah.

Dr David Glowecki is believed to be the first audience member to have been ejected from a classical concert by fellow audience members in nearly 300 years.

Old Vic artistic director Tom Morris had invited the crowd to come to the front and "clap or whoop when you like, and no shushing other people." He's been trying to develop and "accessible and informal" vibe to this year's event.

But Morris hadn't expected the "very over-excited" reaction from Glowacki, a Research Fellow at the Royal Society, and visiting professor at Stanford University in the US.

The award-winning chemist tried to climb on other people's shoulders during the crescendo moments of the Hallelujah Chorus – and was ejected for his efforts." Metalhammer

Glowacki describes himself as "a scientist, artist, and cultural theorist that studies all kinds of things, and sometimes manages to connect a few dots." He tells the Independent: "Classical music, trying to seem cool and less stuffy, reeks of some sort of fossilised art form undergoing a midlife crisis. Neither the bourgousie audience nor their curators really believe what they say. You're free to behave how you like – so long as you behave correctly."