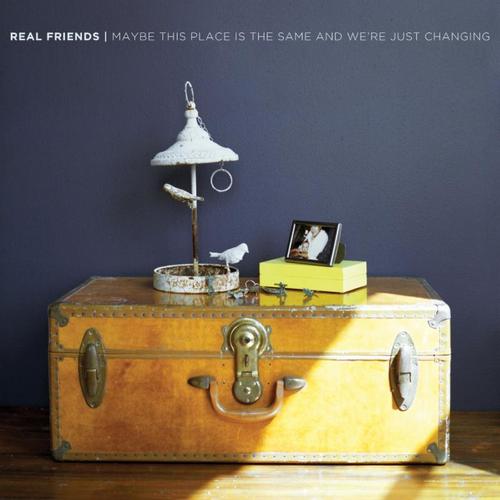 Real Friends have announced their debut full-length album, Maybe This Place Is The Same And We’re Just Changing, which will be released on July 22 via Fearless Records. The record will be the band’s first Fearless release and the follow up to 2013’s Put Yourself Back Together EP.

The band explained that:

"We are beyond excited to show all of our fans what we have been working on. We have experienced so much change over the past year. The change has affected us not only as people, but song writers as well. We feel like that change has made it time for a full length record. Even the past year has seen a lot of drastic changes with us: transitioning into full time touring, signing to a label, putting out a full length album. When it comes down to it it really doesn't matter what i think about this record, it's up to you to decide what this album means to you. That's what's great about this little world we're in: you get to see what really speaks to you. I'm looking forward to you hearing it, we took a lot of time putting together an album that we believe is a solid and progressive effort, and i hope that shines through once it's out in july. Thank you for listening."