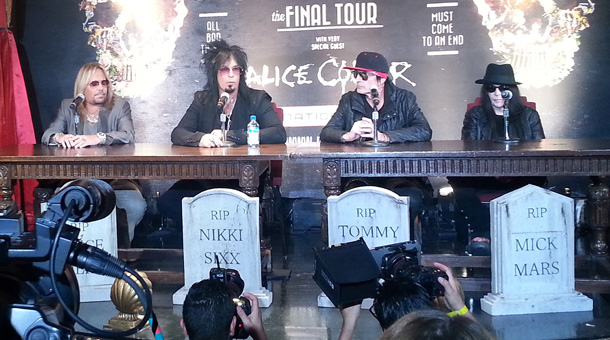 Its official, Mötley Crüe announced over twitter last night that the band would be splitting up for good after their final tour.

'The Final Tour' will actually be the last ever tour the band ever do together featuring support from alice cooper and promising to be one of the biggest tours ever done by the band. Those final dates will coincide with the long-awaited release of the film adaptation of Crue biography The Dirt, of which more news will come very soon.

"When it comes to putting together a new show we always push the envelope and that’s part of Motley Crue’s legacy, as far as letting on to what we’re doing, that would be like finding out what you’re getting for Christmas before you open the presents. We think in an age of too much information, we’d like to keep some surprises close to our chest until we launch the Final Tour.”