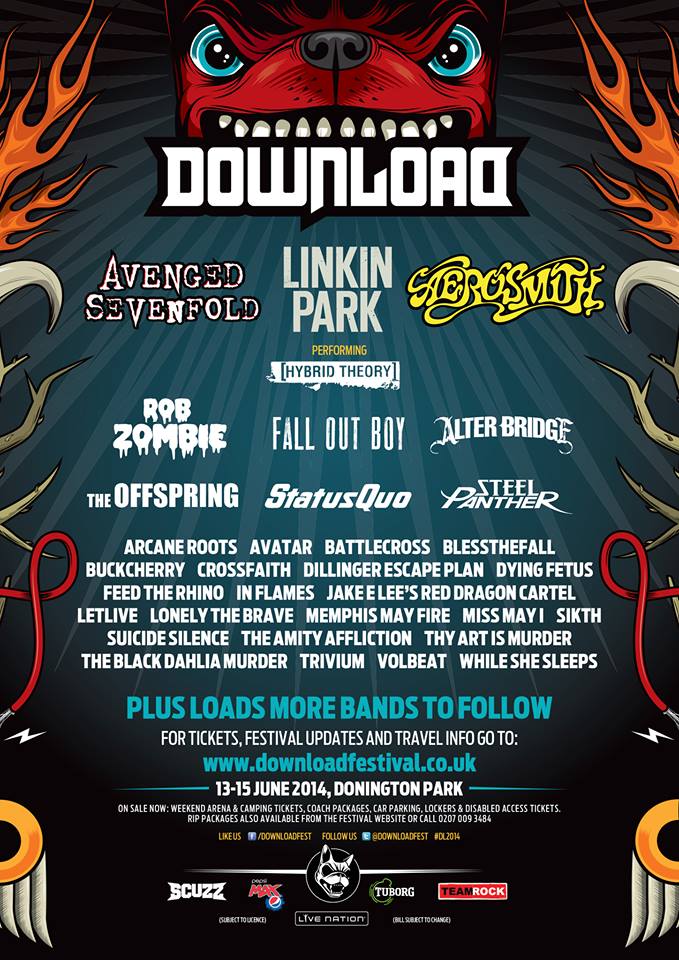 On top of the huge headliners 12 new bands have been announced which consist of... The offspring, Status Quo, Steel Panther, Trivium, In Flames, While She Sleeps, Letlive, The Black Dahlia Murder, Miss May I, Crossfaith, BlessTheFall and Dying Fetus!, Because why not right?

Downloads going to be huge with 2014 being the 12th year of Europe’s biggest rock festival and it looks as if we’re seeing a return of some of the download veterans. Trivium has announced that they will be playing a special performance in appreciation of their first appearance in 2005 where they played the main stage. Triviums, paolo gregoletto (bassist) explains: 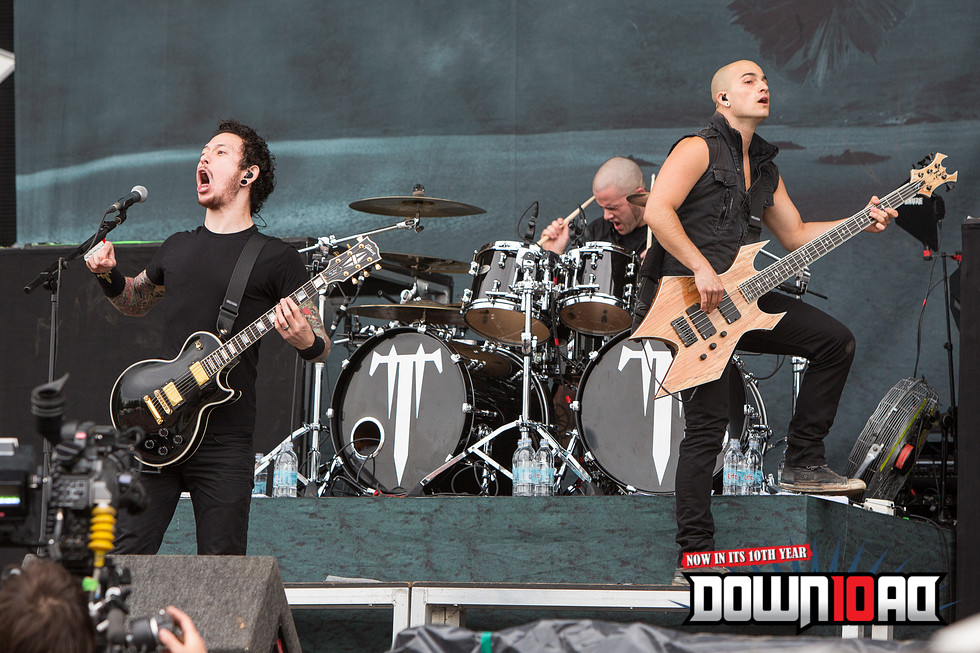 ‘We are thrilled to be returning to Download for our 5th time!!! In honour of both the festival and fans that embraced Trivium first, we have decided to play our 2005 set list from start to finish, preceded by a set of some our other festival favourite tunes. However, to make the it all the more unique and special, we will be playing this "one time only" set on the Red Bull Stage, the most intimate and intense setting possible for revisiting this special moment in time. We have had some of our best experiences as band on the hallowed grounds of Donington, and this is shaping up to be one of our most exciting ones yet!! Do not miss it!’

Pop punk legends The Offspring also return after six years to perform for their second time last appearing at the event in 2008. Speaking about their return, guitarist Noodles said: "It’s been six years since we first played Download and we can't wait to return and rip it up. Stoked!"