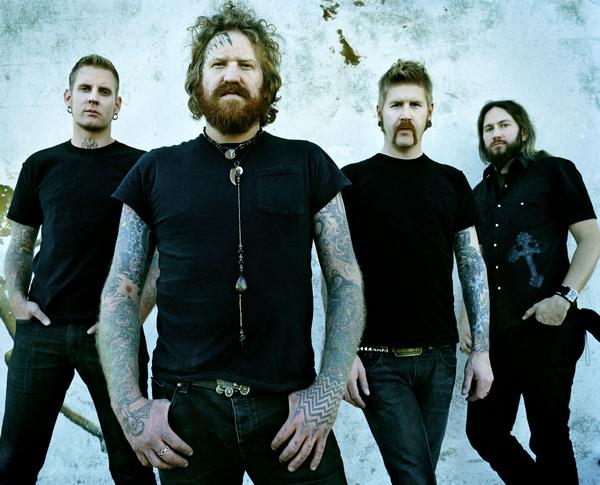 Although not much has been said the band did confirm that their sixth album will be called Once More Round The Sun.

"Dearest Mastodon fans, after many hours in the studio riffing out,We are excited to announce our new album is almost complete. It is in the finals of being mastered. We are gearing up for our US tour with Gojira and Kvelertak next month! Looking forward to seeing you all out there on the High Road in May!" - Taken from their facebook

Sanders explains about the artwork-

“It’s going to be very eye-opening, very striking. It’s from another dimension, and a lot of our music is geared toward that idea — taking you to another planet on songs. I think it’s incredible.”

You will be able to find details about the album here when more has been released.