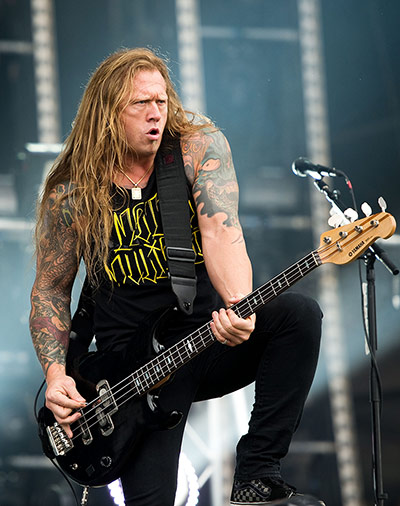 Adam was fired from the band back in febuary a few months prior to the band signing a new deal with Nuclear Blast records. According to Adam, he was removed from the group to allow the other bandmembers to make a bigger profit.

He also claims that despite all four members at the time sharing equal ownership of the band’s Touring Inc corporate front, frontman Robb Flynn claimed the majority of the band’s touring profits.

"After receiving very little compensation despite the millions the band was bringing in, plaintiff requested and reviewed the records from the tours. Plaintiff found that Huston, Flynn, and PFM had squandered money throughout the trip without consulting plaintiff for the vast majority of 'expenses,'" Duce says in the lawsuit.