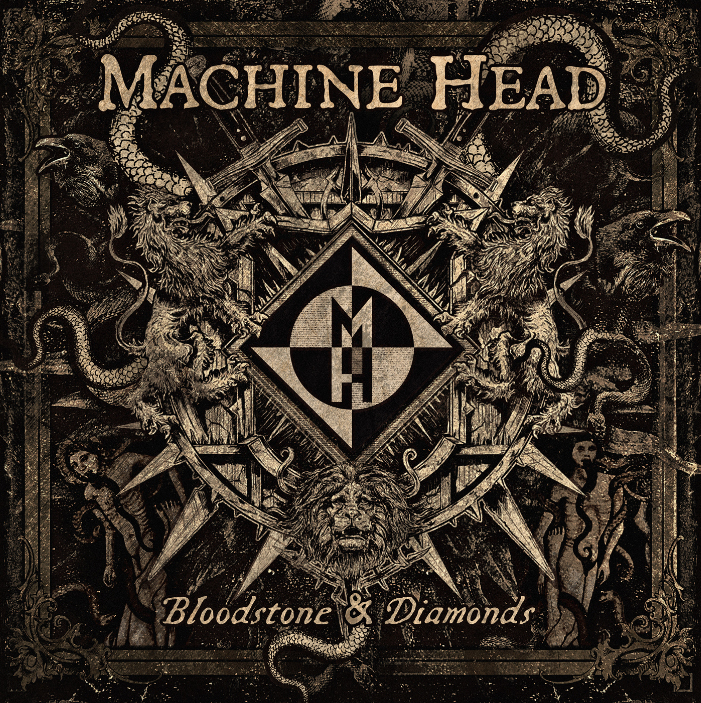 Machine Head have announced that new album 'Bloodstone & Diamonds' will be coming before the end of the year via Nuclear Blast.

“I cannot even begin to tell you how proud we are of this album,” says the frontman. “It's been a heck of a ride.  It looked like it might not ever happen again at one point, but man, this album is a milestone for us.  You're going to love it HeadCases!”

“Without getting too philosophical on ya, bloodstone and diamonds represent two of the hardest materials on earth, it is also a lyric from the opening track of the album ‘Now We Die’.  In many cultures the bloodstone has been used as an amulet to protect against evil, and is the symbol of justice.  Diamonds and are hardest natural material on earth (which is how we feel about our music), and it also represents the diamond logo I drew 22 years ago (in my wife's apartment on Dover St. in Oakland) that has become the symbol for the band.”