Lower Than Atlantis - "Here We Go"

Lower Than Atlantis have dropped a new music video which you can watch above in promotion of their upcoming Fourth album. The album will be self-titled and is set for a September 29, 2014 release on Sony Music.

The tracklisting for 'Lower Than Atlantis' is as follows:

Their also going on tour and you can find all the dates on the image below: 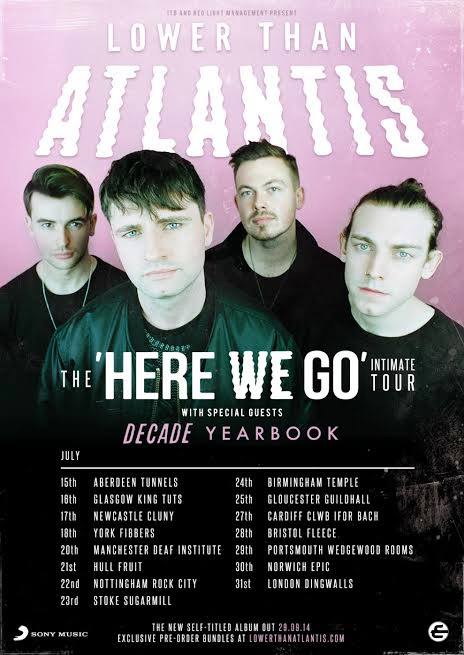