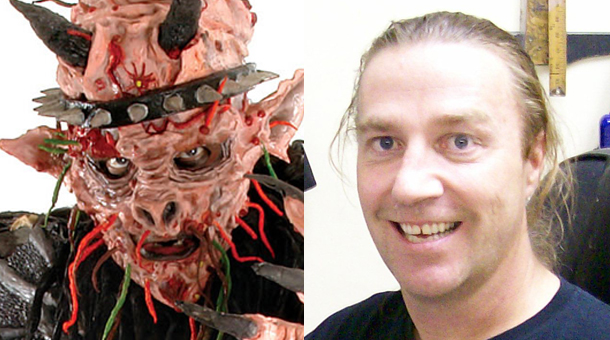 "Roommates reportedly found Brockie's body at his home Sunday evening (March 23). "I wish it was a joke," former GWAR bassist Chris Bopst, a music writer for Style Weekly, tells the site. "Everyone is in shock." Brockie was 50 years old." - Blabbermouth

"Dave was one of the funniest, smartest, most creative and energetic persons I've known, he was brash sometimes, always crass, irreverent, he was hilarious in every way. But he was also deeply intelligent and interested in life, history, politics and art. His penchant for scatological humors belied a lucid wit. He was a criminally underrated lyricist and hard rock vocalist, one of the best, ever! A great frontman, a great painter, writer, he was also a hell of a bass guitarist. I loved him. He was capable of great empathy and had a real sense of justice."

An official statement will be expected soon.