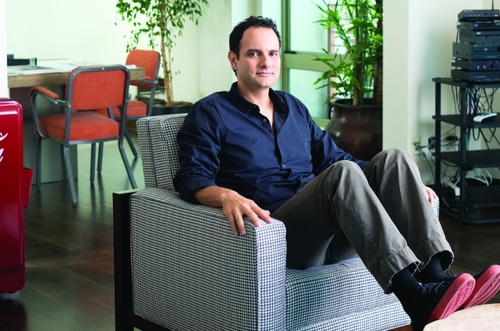 Jack Janick, the co-founder of Fueled By Ramen Records, is the new CEO of Interscope Geffen A&M following Beats being acquired by Apple. Jimmy Iovine, the former CEO of Interscope, is now on his way to Apple.

The label thats responsible for launching Jimmy Eat World, Fall Out Boy, Paramore and a ton of other huge artists picked up its name inspired by a diet of inexpensive ramen noodles at the time, due to having invested most of their money into making records. Needless to say going from being able to only afford noodles to being the CEO of one of the biggest labels in the world is a pretty impressive story.

"Since coming to UMG nearly two years ago, he has consistently shown why he is widely regarded as one of the most talented, innovative and entrepreneurial executives in the music business today and will be a key player in the future generation of industry leaders," Lucian Grainge, Universal Music Group chairman and CEO, said in a statement.  "John is the ideal executive to be writing the next chapter in IGA’s illustrious history.”

"While the label ranks 3rd so far this year with a 7.1% market share, Janick inherits a label that was the No. 1 U.S. label last year with a 7.72% in albums and tracks (albums plus TEA). In each of the five years prior to that,  Interscope ranked second, twice behind Columbia, twice behind the combined Columbia and Epic, and once behind Atlantic."

Janick noted in a statement: “To have been able to work alongside Jimmy Iovine and contribute to the current success of Interscope Geffen A&M--three of the most storied brands in music—has been an extraordinary privilege.  Now to be appointed Jimmy’s successor and be in a position to carry on his tradition of creative excellence and innovation is a truly humbling honor."