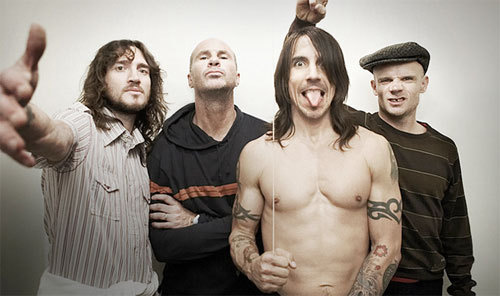 Some seriously weird news considering the Red Hot Chilli Peppers are fucking awesome, a few diffrent sources have some good information on the subject though.

"A 6000-page dossier last week revealed some of the methods used by the CIA to intimidate prisoners in the legally dubious Guantanamo Bay detention camp. It was reported that one suspect who'd been detained without trial was forced to listen to a Chilis track on repeat while held at a "black site" prison outside the camp, as part of the CIA's "enhanced interrogation" procedures."

"This is not the first time music has been used as a tactic to interrogate suspects. In 2003, Iraqi prisoners of war who would not cooperate were subjected to music by Metallica as well as music from Sesame Street and Barney."

When drummer Chad Smith discovered his band's music had been used as a torture device he said:

"A song like Under The Bridge really loud on a loop is torture? Come on, man." Maybe some people think our music's annoying – I don't care. But that's a poor use. They shouldn't do that. I just ate and I want to throw up."

"Our music's positive, man. It's supposed to make people happy. It's very upsetting to me. I don't like that at all. It's bullshit."